Once a gigantic volcano, the Ngorongoro Crater Lodge in northern Tanzania is now the largest intact caldera in the world. Some maintain that, before it erupted, it would have been higher than Mount Kilimanjaro, the highest peak in Africa. Today, long since having collapsed and eroded, it is an extensive highland area with the famous 600m (2 000ft) deep crater as its focal point.
Nearly three million years old, the ancient caldera shelters one of the most beautiful wildlife havens on earth. Endangered black rhino are
protected within its rim, giant tusked elephant wander the forests, black-maned lion stalk the grasslands and long-legged flamingo crowd the soda lakes. An estimated 25 000 large mammals are resident in this bowl of plenty, including a population of approximately 6 000 resident wildebeest, 16
rare black rhino and around 70 lion. Cheetah move in and out of the crater, while leopard are most often encountered in the spectacular Lerai Forest. 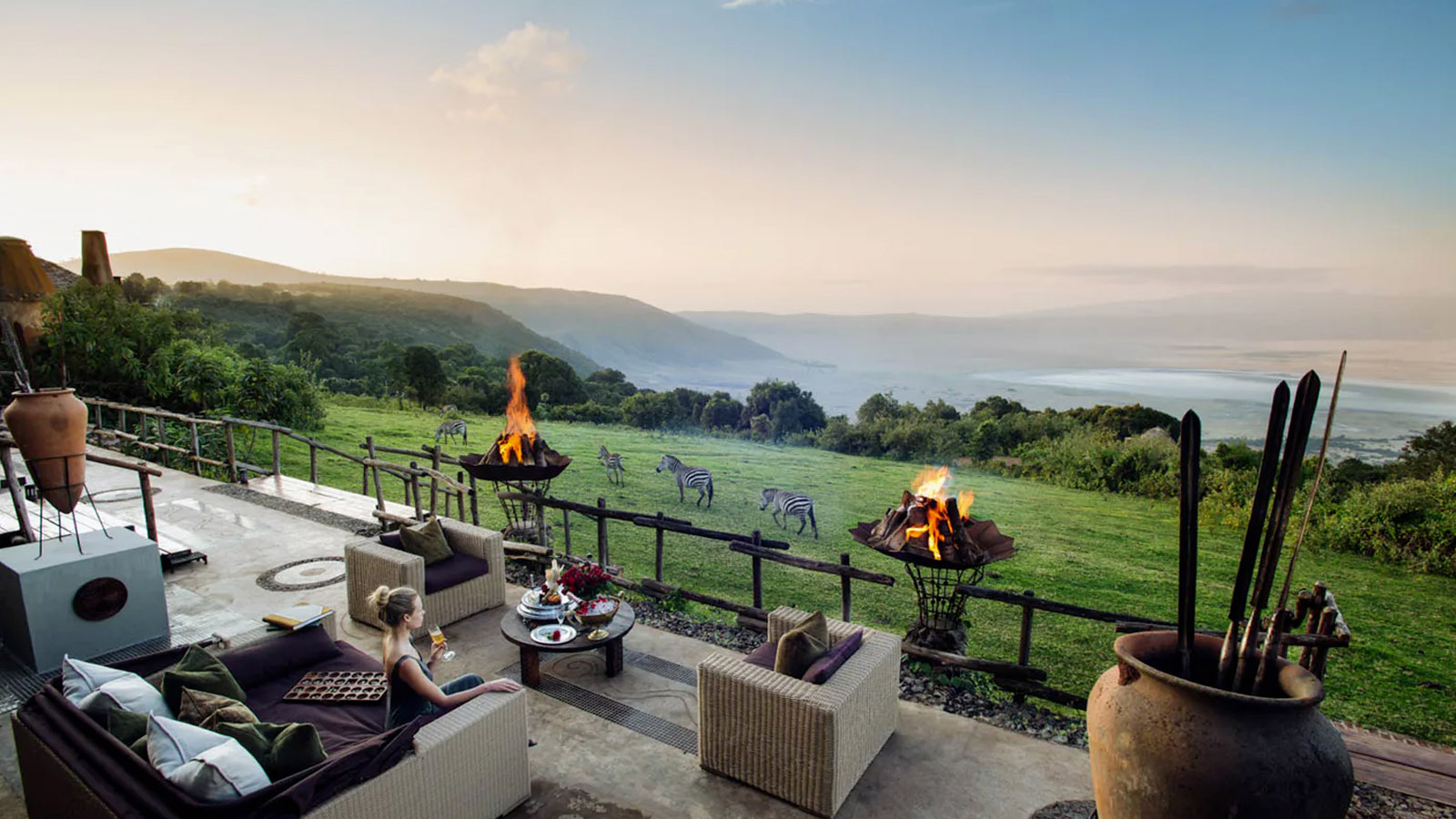 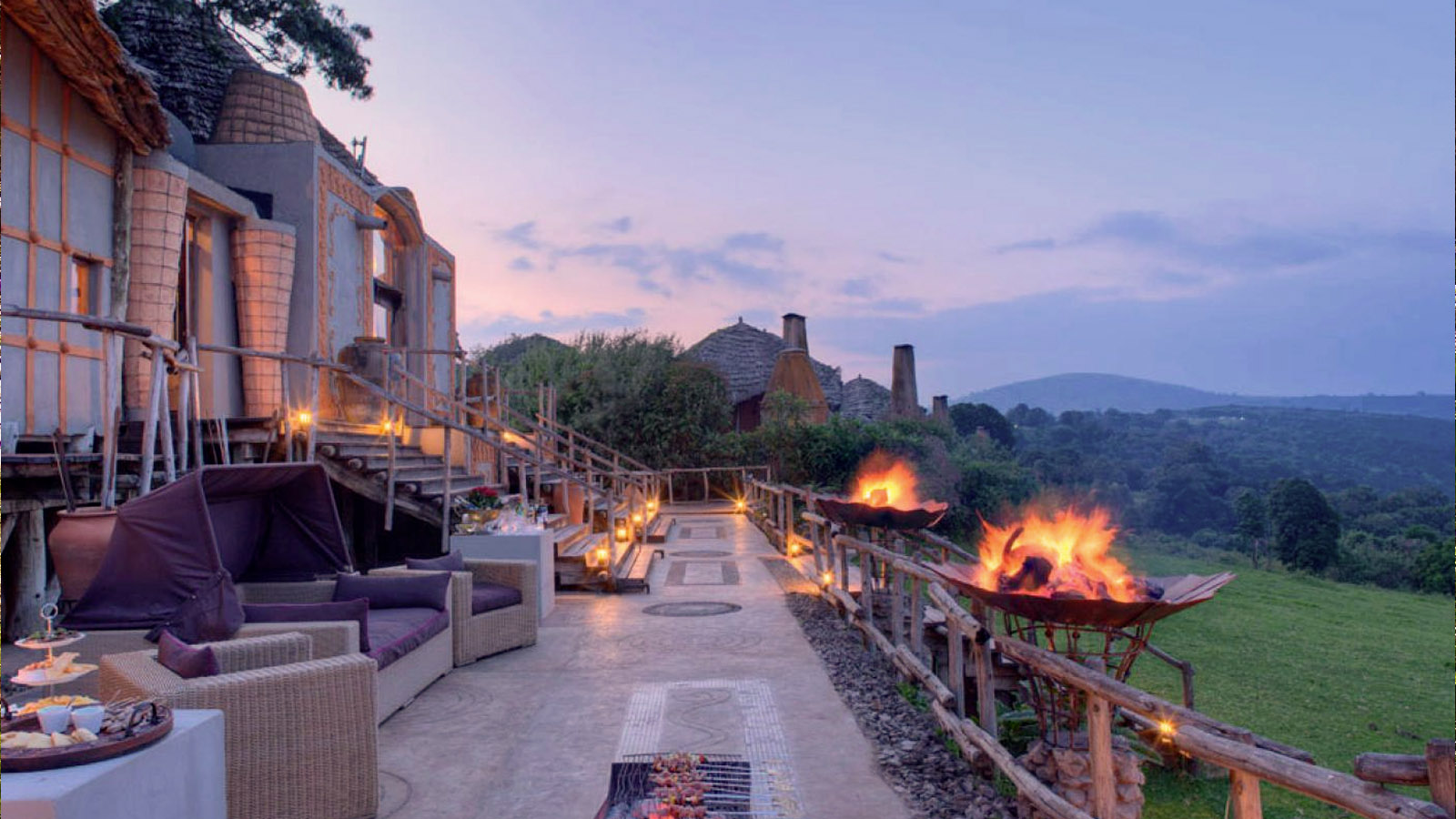 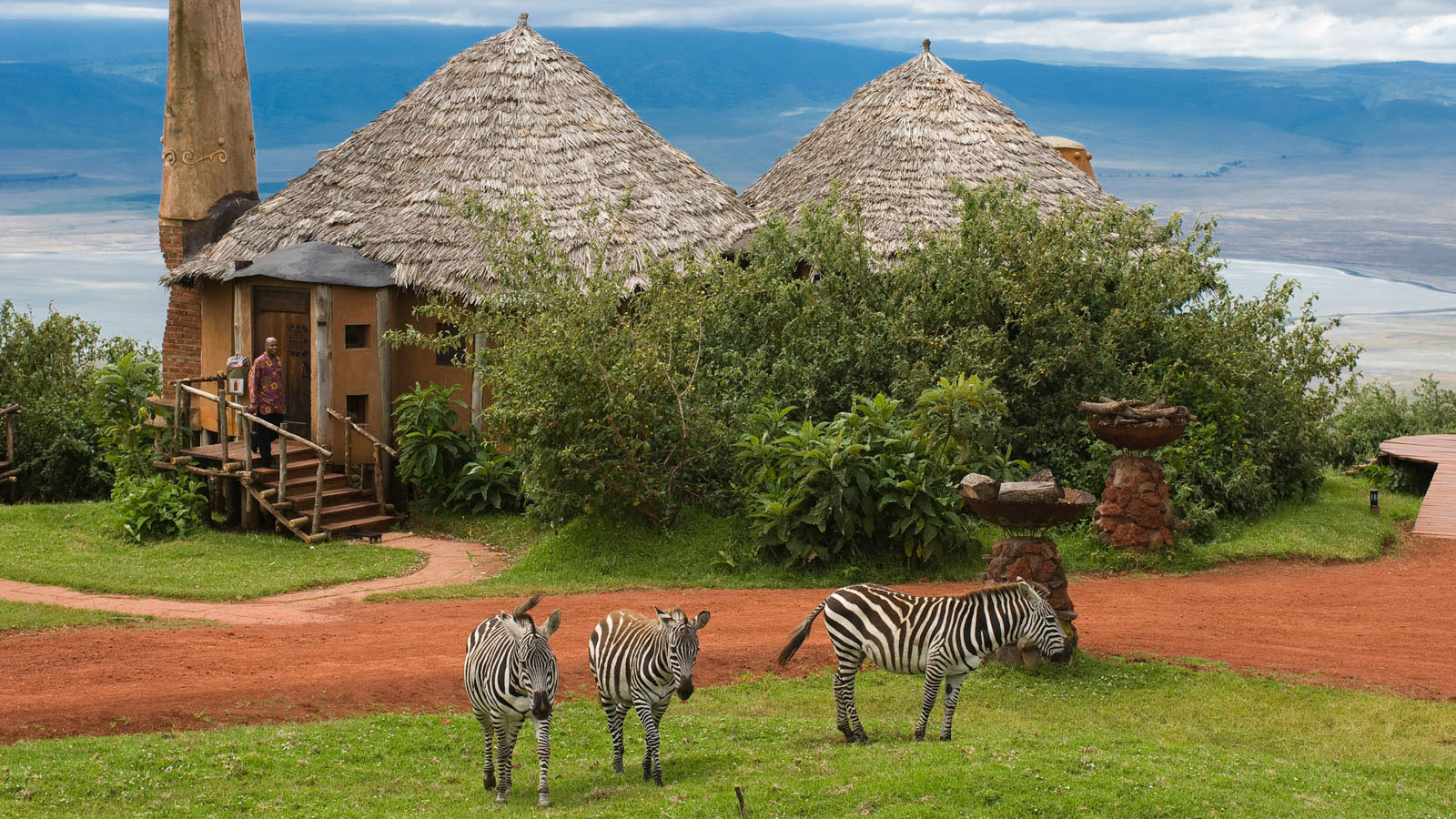 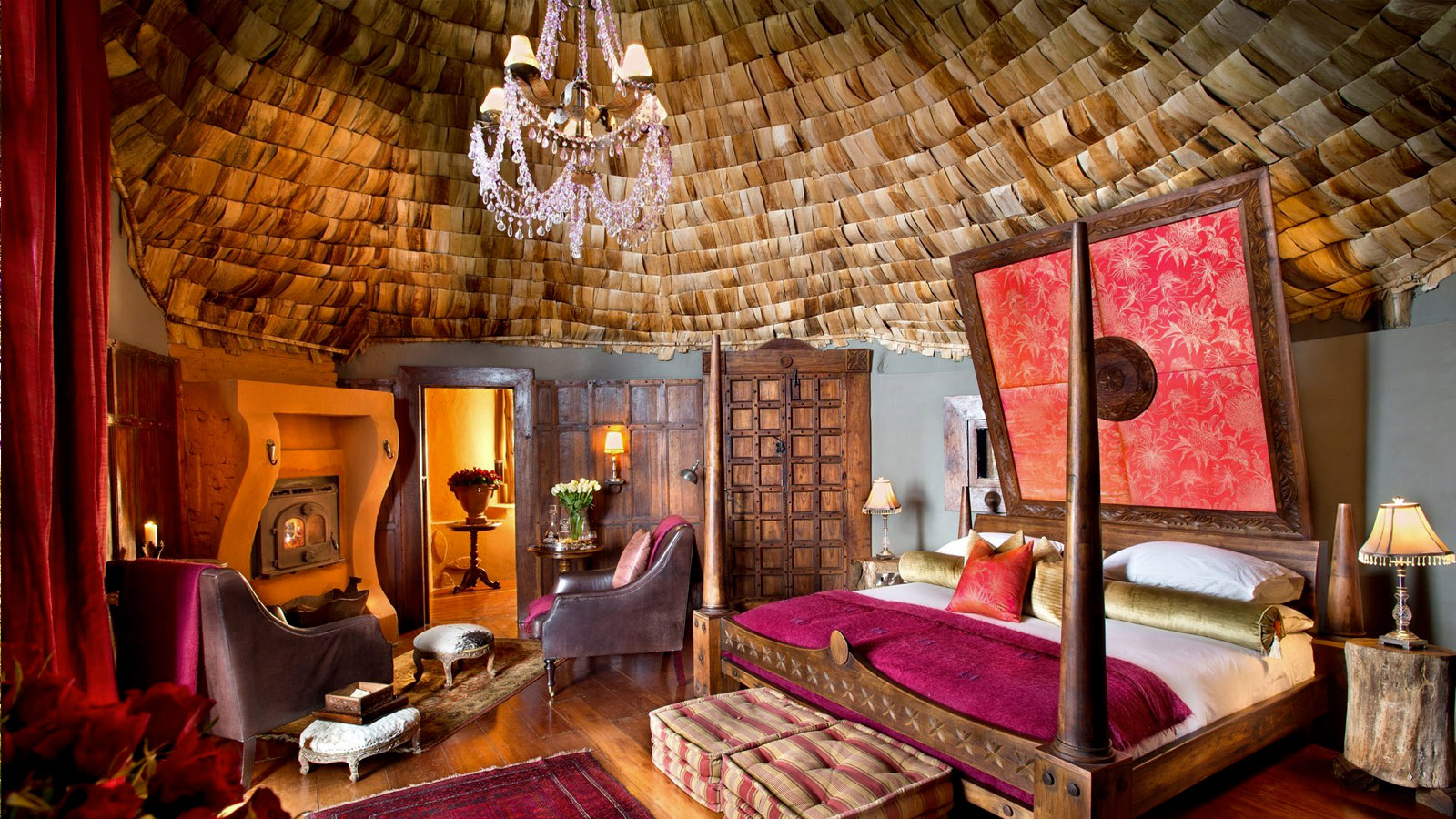 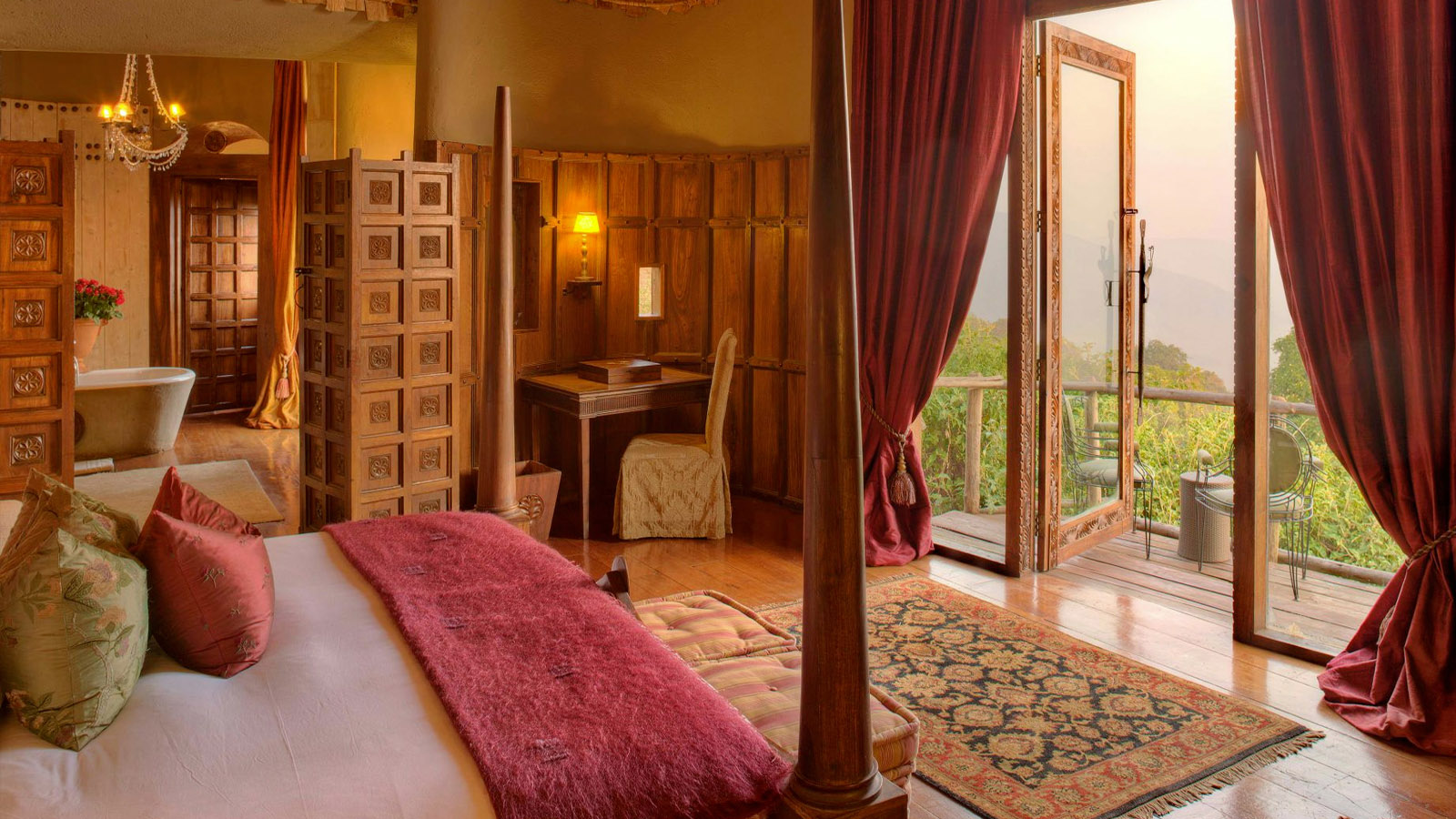 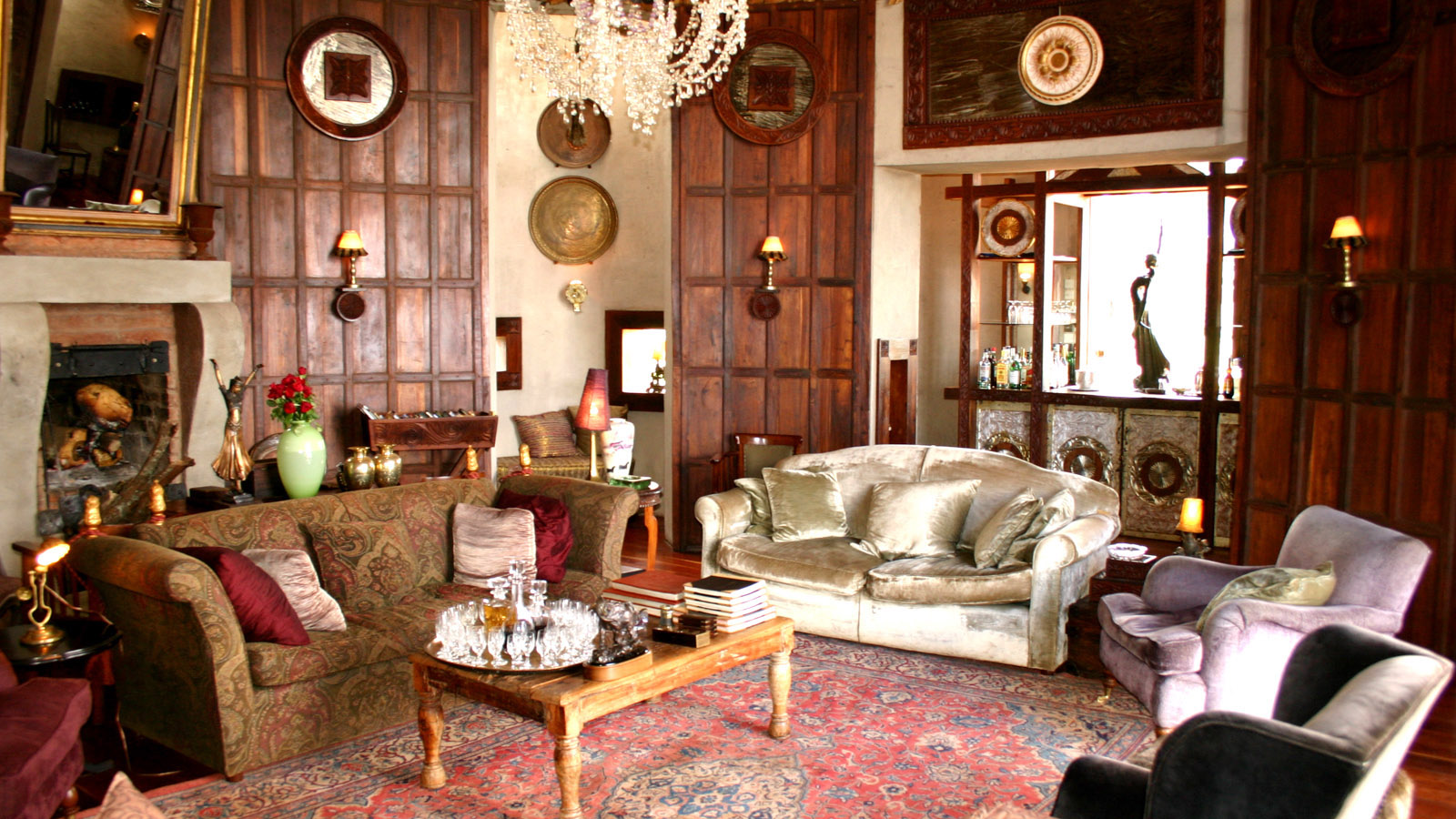